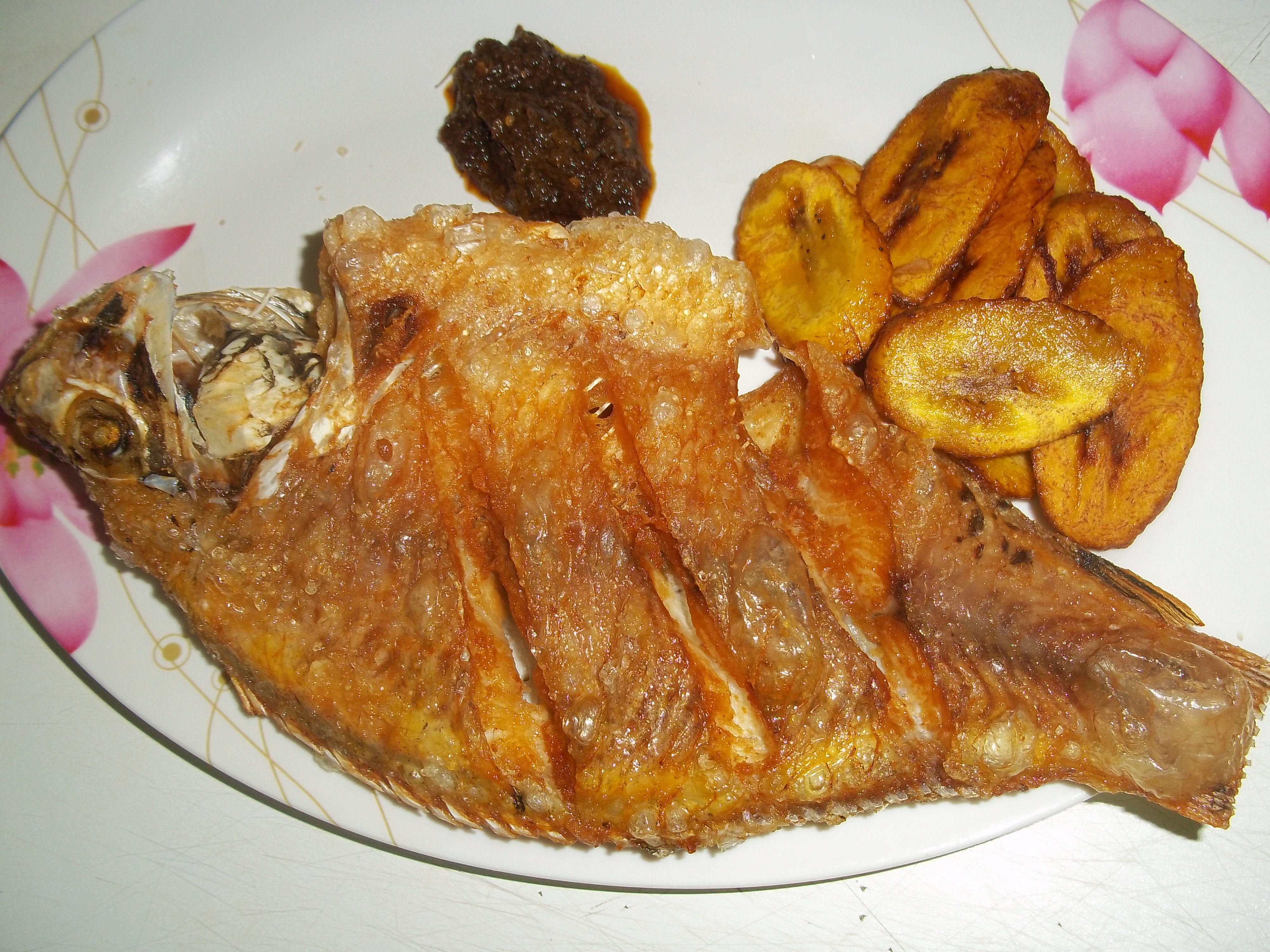 Plantain (/ˈplæntɨn/;[1][2] (as in ‘mountain’) also US /ˈplɑːntɨn/[1] or UK /plænˈteɪn/)[3][4] is one of the common names for herbaceous plants of the genus Musa. The fruit they produce is generally used for cooking, in contrast to the soft, sweet banana (which is sometimes referred to as the dessert banana). In many markets, there appears to be a clear distinction between sweet banana and cooking plantain, but so many other unpopular varieties exist within the cross species that the differences are not always clear. There is no formal botanical distinction between bananas and plantains, and the use of either term is based purely on how the fruits are consumed. The usage of the words plantain and banana can vary by culture and by terminology view. There is a sub-cultivar group of bananas named, true plantains.

After removing the skin, the ripened fruit can be sliced (between 3 mm and 2 cm thick) and pan fried in oil until golden brown or according to preference. In the Dominican Republic, Ecuador, Colombia, Honduras (where they are usually eaten with the native sour cream) and Venezuela, they are also eaten baked in the oven (sometimes with cinnamon). Only salt is added to green plantains.

Plátanos maduros are a favorite in the Dominican Republic, Haiti, El Salvador, Guatemala, Ecuador, Honduras, Panama, Peru, Colombia, Cuba, Suriname, Nicaragua, Puerto Rico(where they are called amarillos), Jamaica, Trinidad & Tobago and most of the English-speaking Caribbean (although just called plantain), Aruba, Nicaragua and in Venezuela. InCosta Rica, they are sprinkled with sugar. In western Nigeria, fried, sliced plantains are known as dodo, and in Cameroon, they are known as missole. In Venezuela, the ripe fruit is cut lengthwise, 3–4 mm thick, and fried until golden and sticky, as a very popular side dish called tajadas; they are an integral piece of the national dish, pabellon criollo. And in Ghana as well, it is used for fufu, chips, and a whole lots of other food preparations.

Fried rice is made from steamed rice stir-fried in a wok, often with other ingredients, such as eggs, vegetables, and meat. It is sometimes served as the penultimate dish in Chinese banquets (just before dessert). As a home-cooked dish, fried rice typically is made with leftover ingredients from other dishes, leading to countless variations.[1] 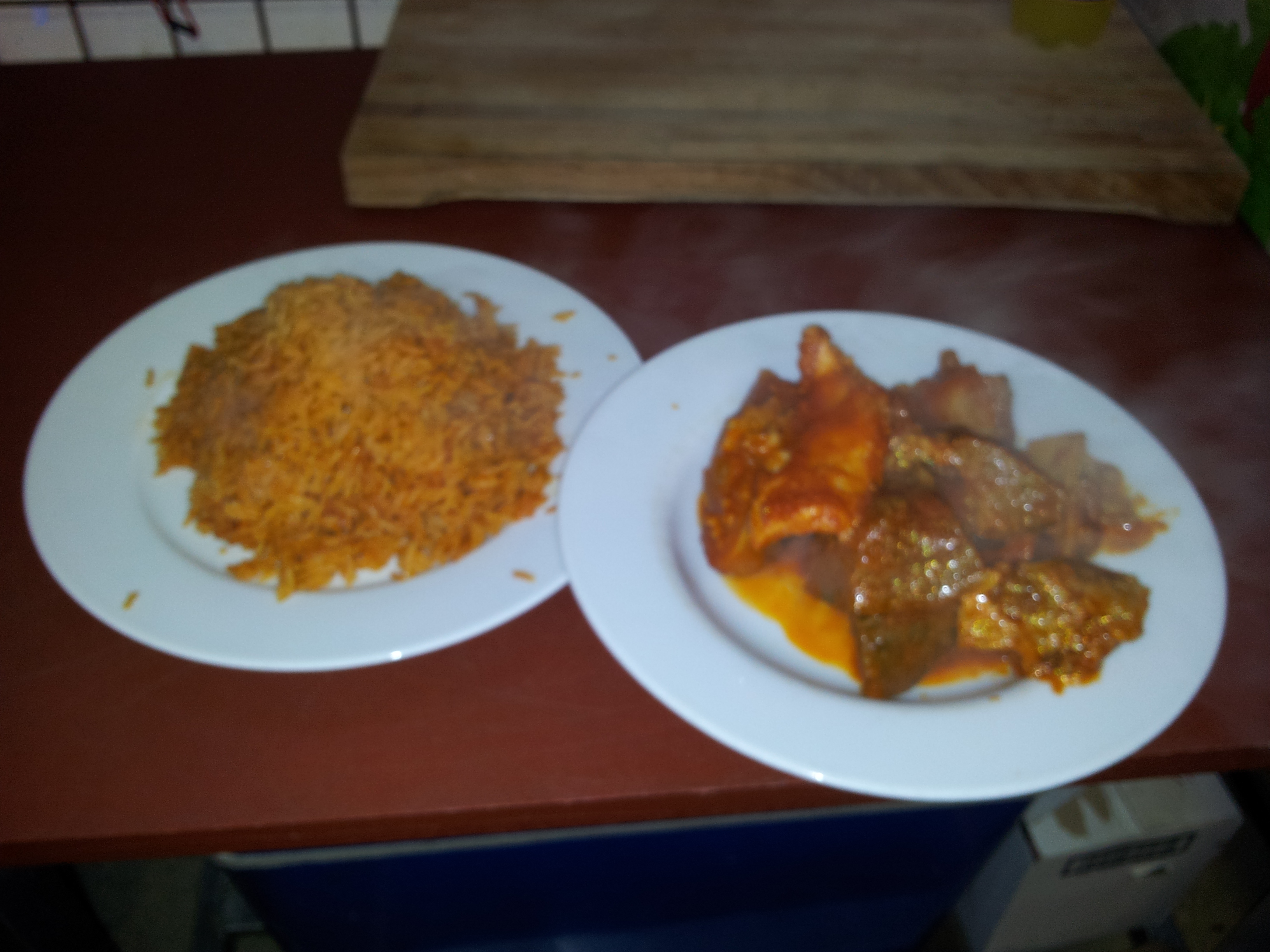 Jollof rice, also called ‘Benachin’ meaning one pot in the Wolof language, is a popular dish in many parts of West Africa. It is thought to have originated amongst members of the Wolof ethnic group in the Senegambia region[1][2] but has since spread to the whole of West Africa, especially Nigeria, Ghana, Sierra Leone and Liberia.[3][4] There are many variations of Jollof rice. The most common basic ingredients are rice, tomatoes and tomato paste, onion, salt, and red pepper. Beyond that, nearly any kind of meat, vegetable, or spice can be added. 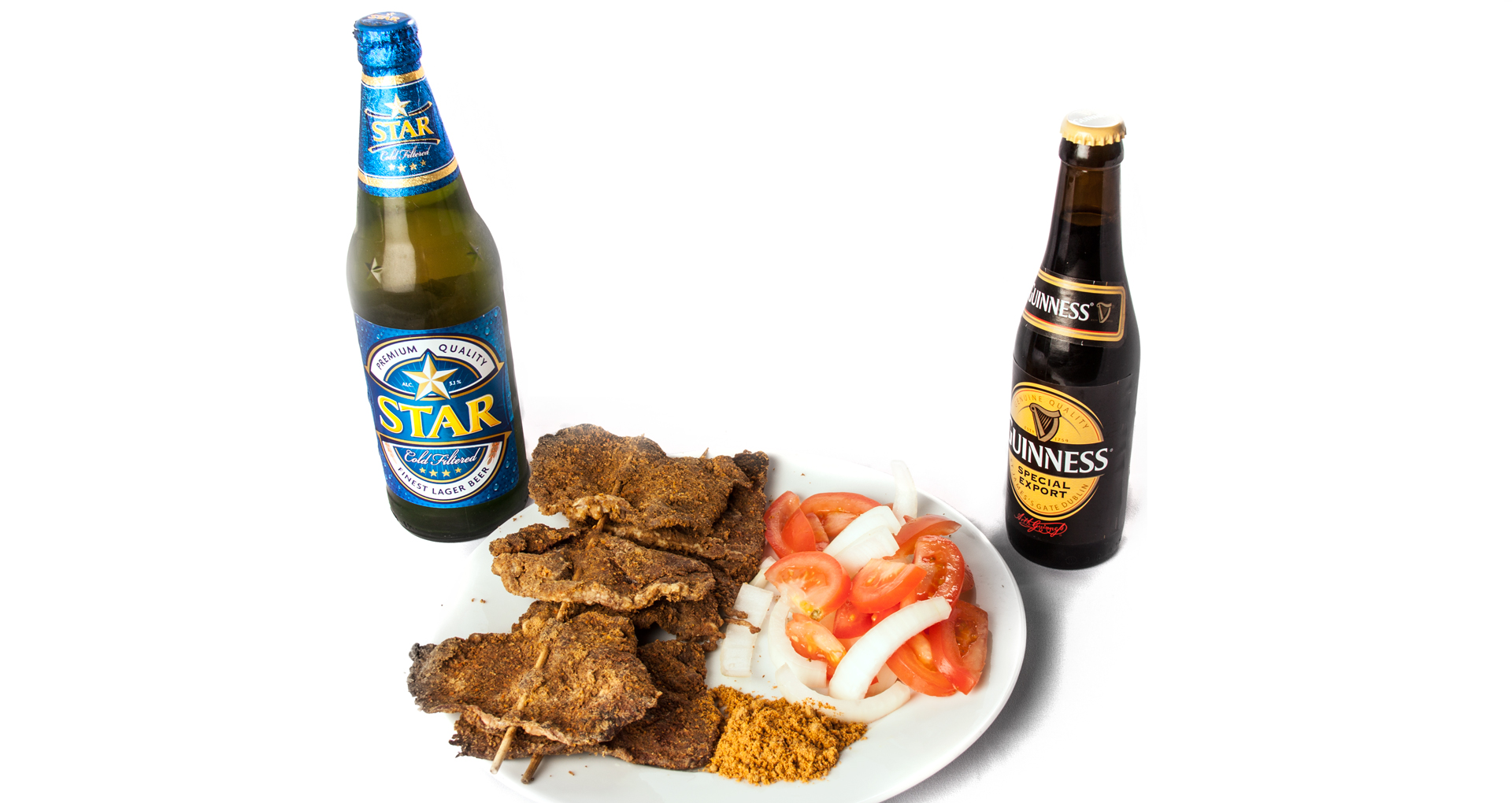 Moinmoin or Moyi-Moyi is a Nigerian steamed bean pudding made from a mixture of washed and peeled black-eyed beans, onionsand fresh ground peppers (usually a combination of bell peppers and chilli or scotch bonnet). It is a protein-rich food that is a staple in Nigeria. Some adaptations also put apples in MoinMoin. It originates from South-west Nigeria.

Moin moin is prepared by first soaking the beans in cold water until they are soft enough to remove the fine outer covering or peel. Then they are ground or blended (using a blender) until a fine paste is achieved. Salt, bouillon cube, dried crayfish, vegetable oil (or any edible oil such as palm oil) and other seasonings are added to taste. Some add sardines, corned beef, sliced boiled eggs, or a combination of these and other ‘garnishes’ to liven up moin moin. Such is referred to as having ‘x’ number of lives, ‘x’ representing the number of garnishes added. The most touted is “moin moin elemi meje”, which translates to moin moin with 7 lives.

Moin moin usually comes in a slanted pyramid shape or a cylindrical shape, owing to the mold it is poured into prior to cooking. The pyramid shape comes from the traditional broad “ewe eran” (Thaumatococcus daniellii) or banana leaves fashioned into a cone in one’s palm, then the seasoned and garnished liquid is poured into the leaves, which is then folded.

The cylindrical shapes come from empty cans of tomato sauce used in preparation of other dishes. Once placed in its mold, it is placed in a large pot about a tenth filled with water. The water is the source of steam that cooks the moin moin. Moin moin is eaten alone or with bread as a snack, with rice as a meal or with ogi (corn or millet porridge) for breakfast or supper. it can also be taken with garri in the afternoon.