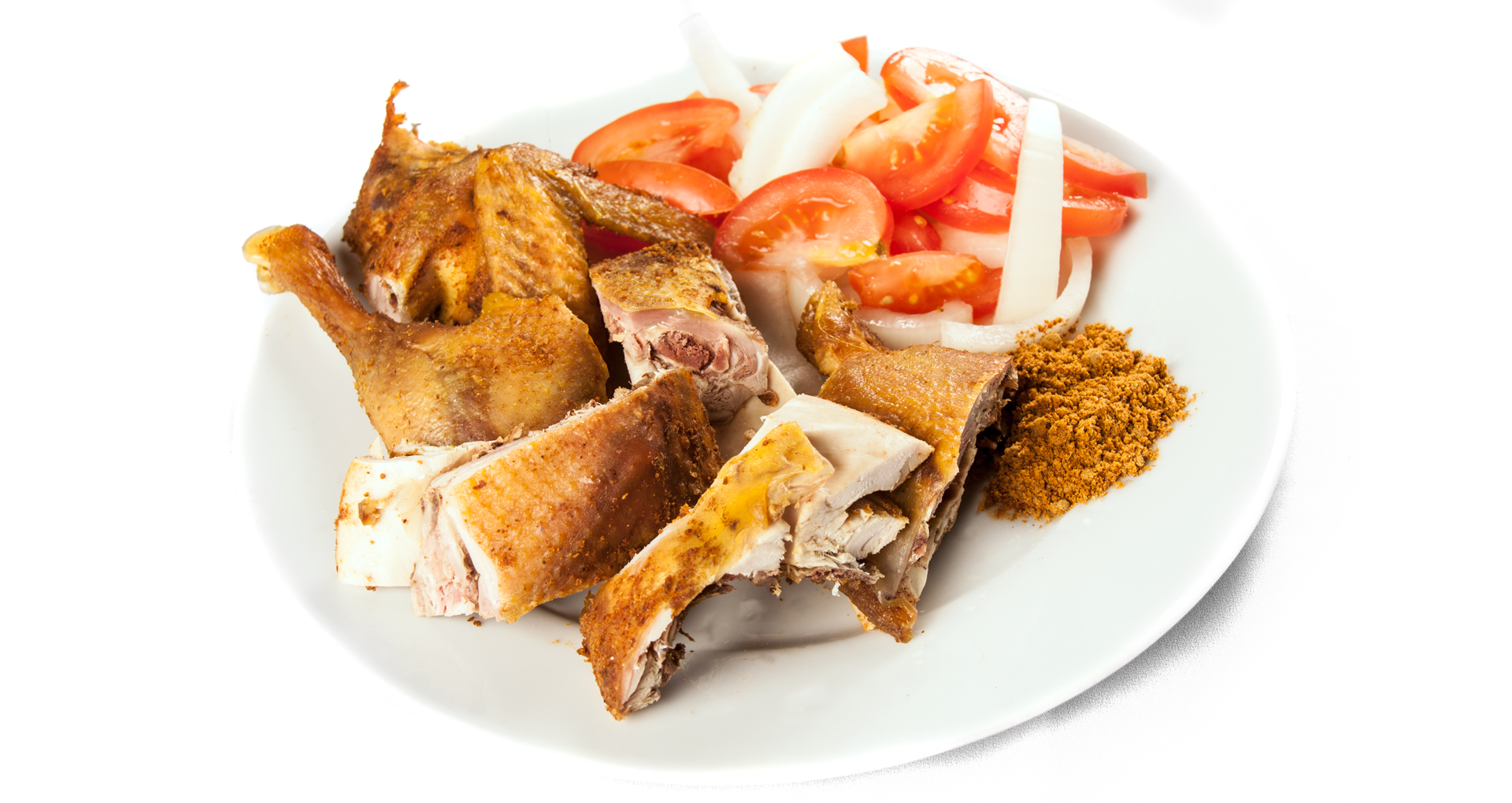 Suya, is a spicy shish kebab like skewered meat which is a popular food item in various parts of Nigeria and is enjoyed as a delicacy in West Africa.It is traditionally prepared by the Hausa people of northern Cameroon,Nigeria and Niger. Suya is generally made with skewered beef, ram, or chicken. Innards such as kidney, liver and tripe are also used.The thinly sliced meat is marinated in various spices which include peanut cake, salt, vegetable oil and other flavorings, and then barbecued. Suya is served with further helpings of dried pepper mixed with spices and sliced onions. Halal meat preparation methods are normally used, especially in the northern parts of Nigeria were the suspicion of non conformation to Muslim dietary prohibitions in Suya preparation has been known to cause riots. A dried version of Suya is called Kilishi.

There is no standard recipe for the production of the complex mixture of spices and additives which make up the Suya marinade (called Yaji) and the spice mix served with it.Ingredients may vary according to personal and regional preferences, and may include clove, ginger, red pepper, black pepper, table salt, groundnut cake as well as food additives such as Monosodium glutamate and Maggi Cube.

Although Suya originated in the Northern parts of Nigeria, it has permeated the Nigerian society, being affordable for all and available everywhere. It has been called a unifying factor in Nigeria. Suya has become a Nigerian national dish with different regions claiming the superiority of their recipe and methods of preparation, but similar grilled meat recipes are common in many West African countries.

Suya is a mass consumer fast food, called a street food because preparation and sales are often done in small stalls along local streets,